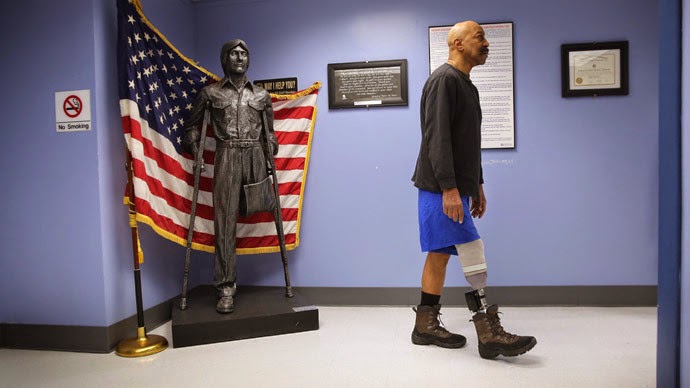 The US Department of Veteran Affairs has paid out more than $200 million in wrongful death payments to military families who needlessly lost their loved ones in the years since 9/11, according to a new report from the Center for Investigative Reporting.
Veterans Affairs (VA) is a federal government-run organization that is primarily responsible for caring for veterans after they leave the service. Along with overseeing the National Cemetery Administration, the VA also heads the Veterans Health Administration and the Veterans Benefits Administration.
Yet according to a report published Thursday, the Center for Investigative Reporting (CIR) has discovered that since the 2001 terrorist attacks, the VA has doled out payments to almost 1,000 families whose loved ones died after they were either denied treatment or released from VA treatment.
The examples are as diverse as they are difficult to read through. Recent incidents included veterans of the wars in Iraq and Afghanistan taking their own lives after they were unable to receive mental health treatment from hospitals. Others involved Vietnam veterans and, in many cases, elderly World War II veterans.
Doris Street, 86, told CIR’s Aaron Glantz that she received a $135,000 settlement in 2010 after her brother died in a VA nursing home two years earlier. Ms. Street said her brother, Carl Glaze, had served in WWII but his life ended after he slipped in a bathroom and became paralyzed from the neck down, dying nine days later.
“It wasn’t about the money, I just thought that somebody should be held accountable,” she said. “I had asked them not to leave him alone, and then they left him in the bathroom. We all get upset when these things happen.”
Negligence, wrongfully denying mental health treatment, failure to disclose relevant health information to the public, and other serious infractions are among the issues that have cost veterans their lives. More than six million men and women turn to the VA for care each year.
Still, according to independent legal experts who spoke to CIR, the 1,000 lawsuits are only a fraction of the veterans who have lost their lives because of malpractice. When those families try to file suit, however, they must endure a long administrative process that can drag on for months or years only to end with no financial damages awarded to the family.